AN INTERACTIVE ATTRACTION CELEBRATING THE HISTORY OF FLIGHT

From that blustery November day in 1911, when famed aviator Glenn L. Martin made his first historic flight over the city of Salina, Kansas, to J. Stephen Fossett’s February, 2005, first solo nonstop circumnavigation of the globe in the Virgin Atlantic Global Flyer… Salina’s important role in the history of American aviation is a rich and colorful story. Exline Design & Architecture (EDA) was pleased to have been selected to spearhead the guest experience design for WINGS OVER SALINA, an attraction for fans of flight and aviation. Working closely with local firm JGR Architects, EDA developed a guest experience with eight galleries organized around a central Interactive Flight Lab core. The facility also offered a special effects theater with a large format film presentation that celebrated adventurer Steve Fosset’s record-setting trek around the globe… a world renowned flight that originated and finished at retired Schilling Air Force Base in Salina. 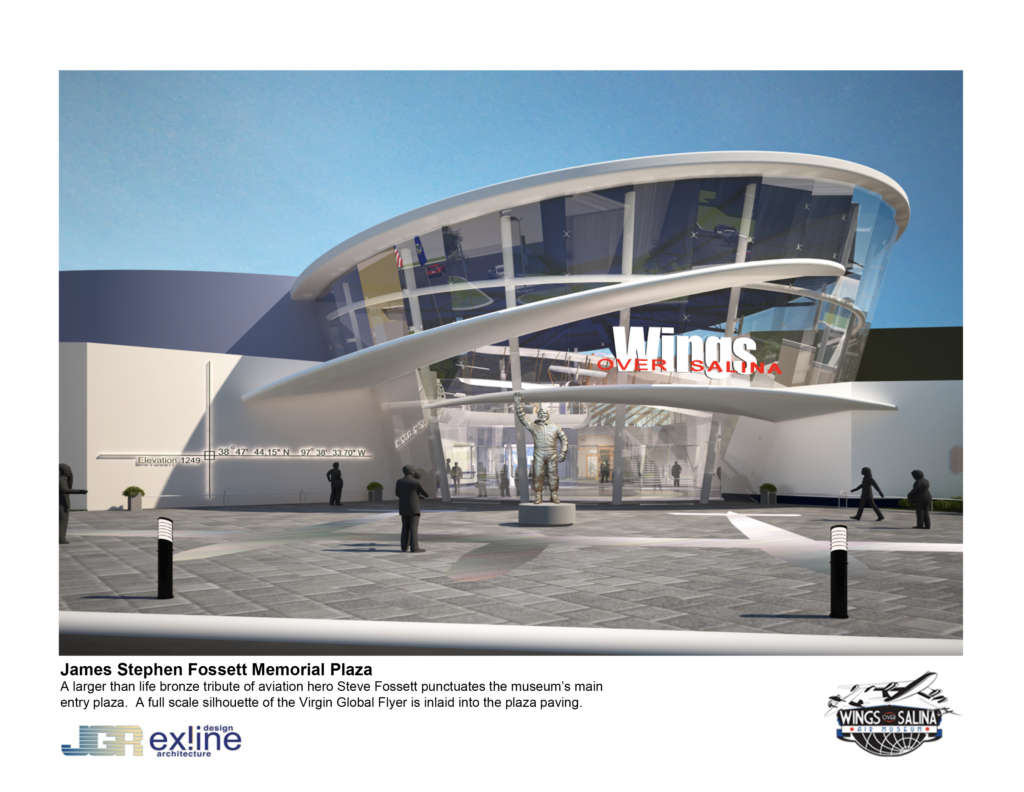 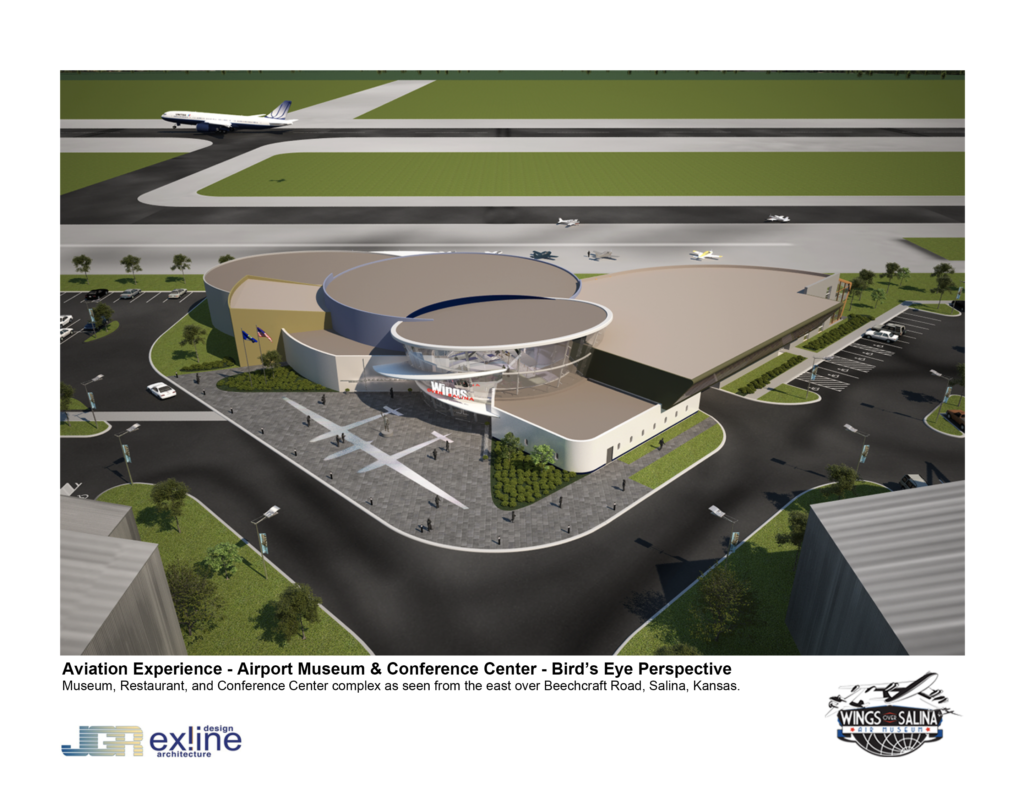 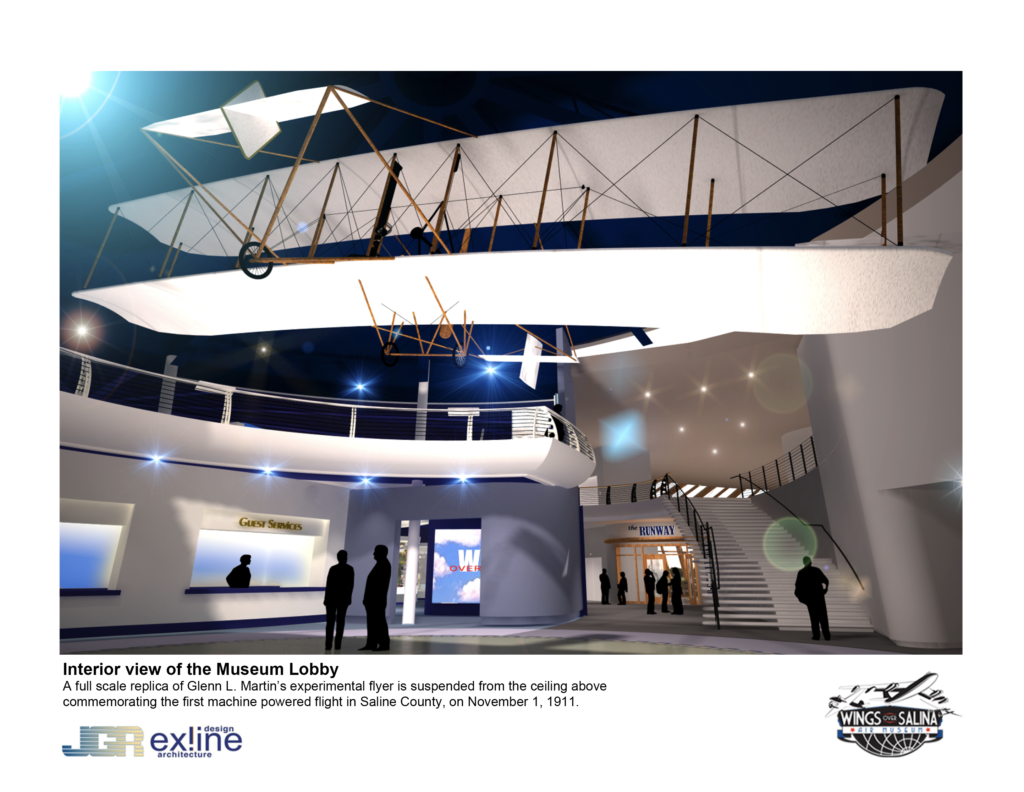 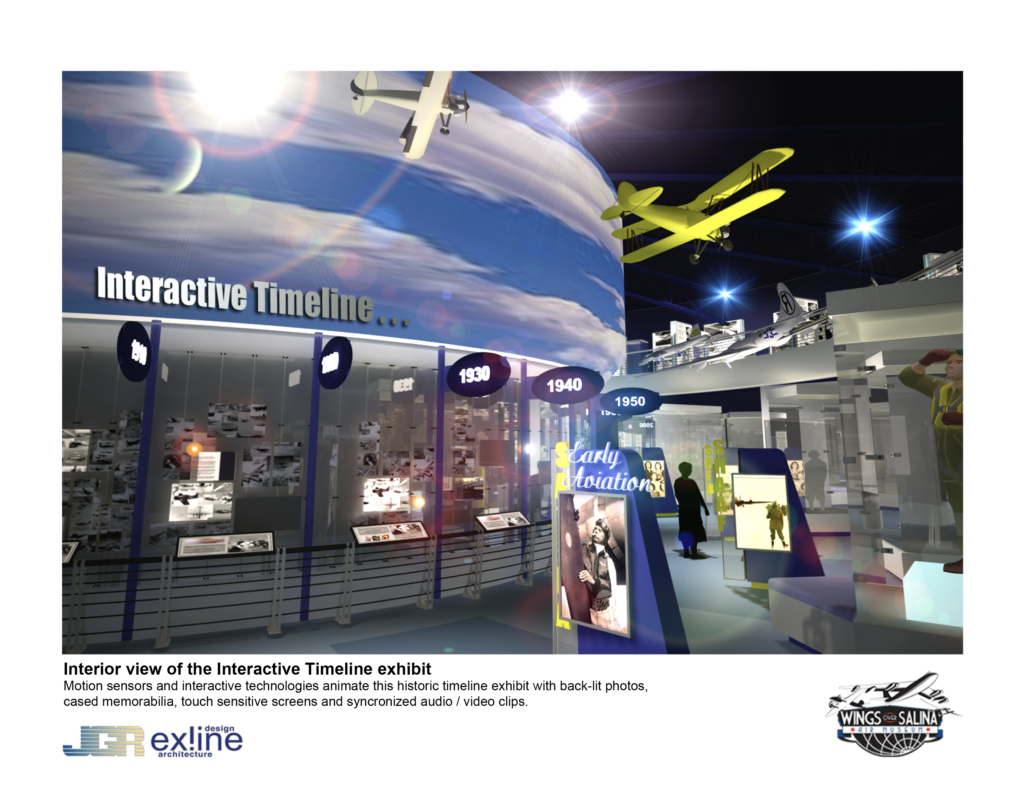 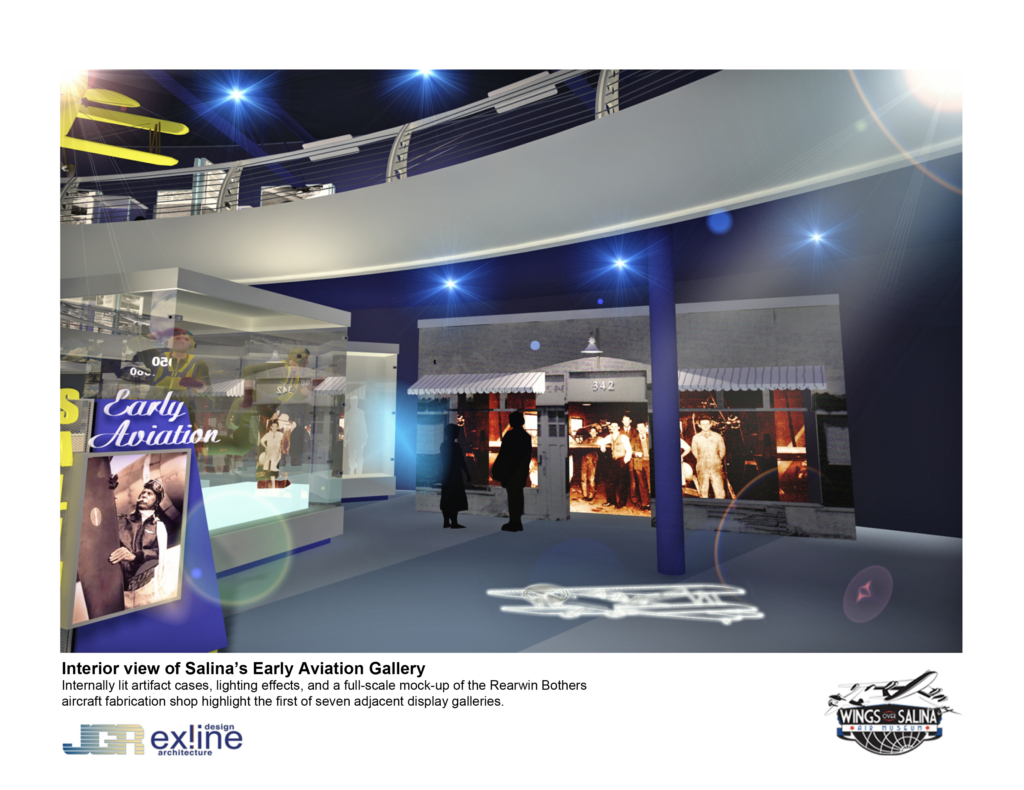 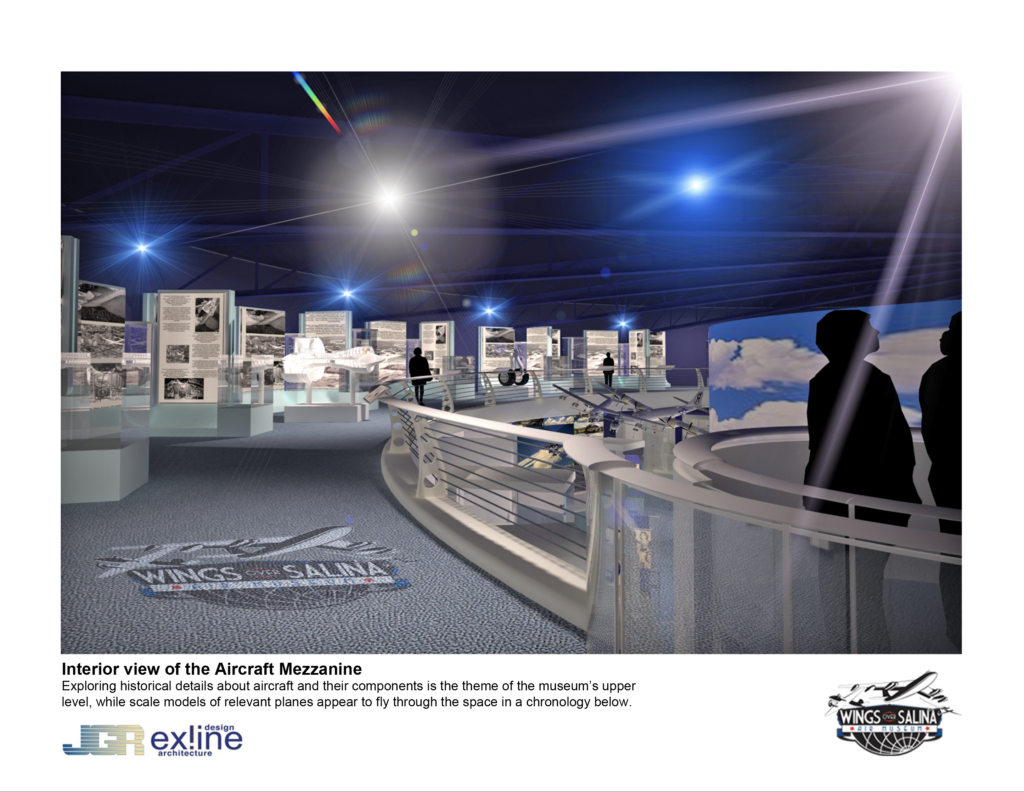 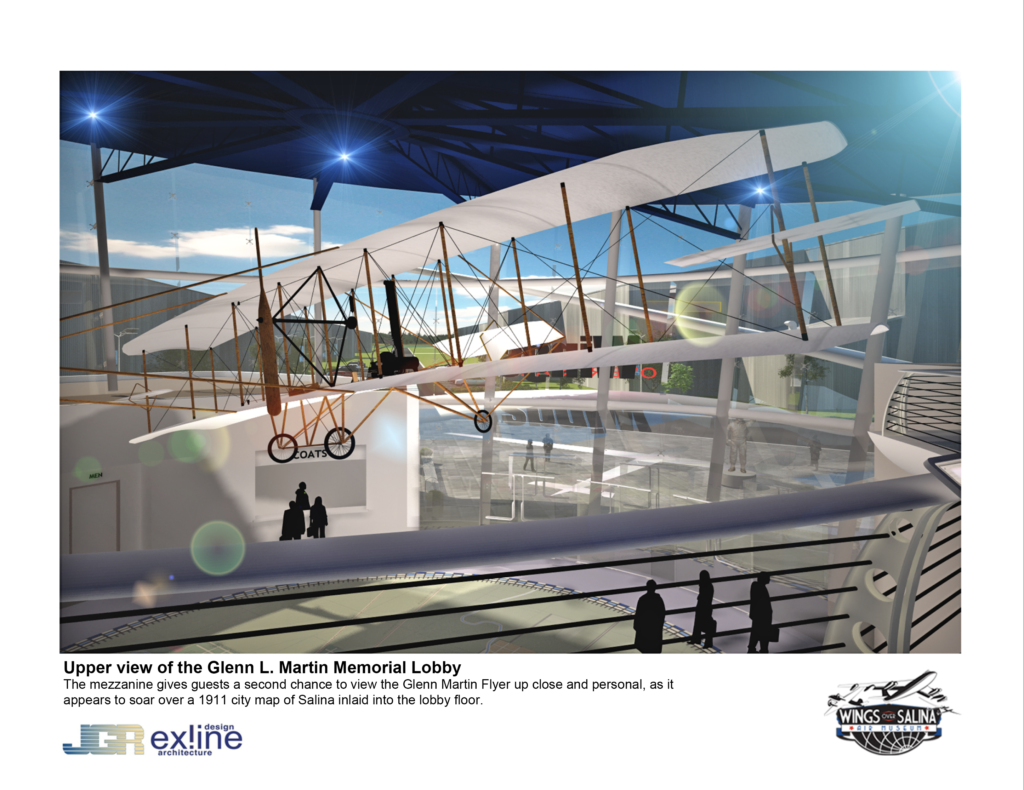 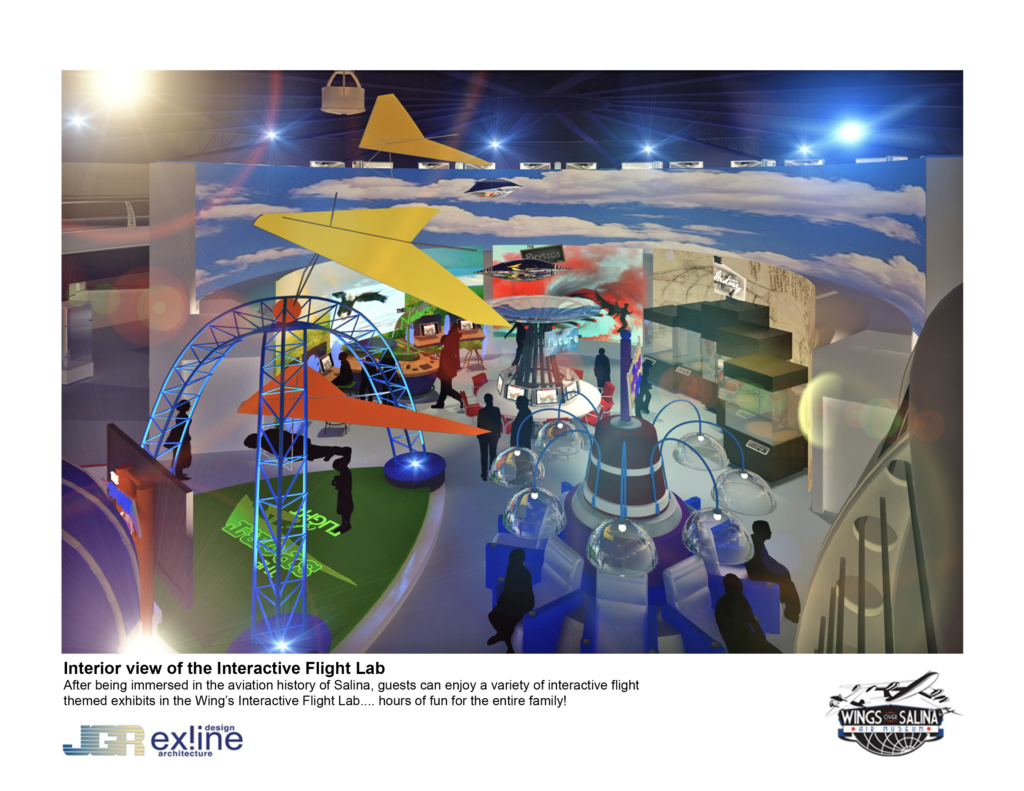 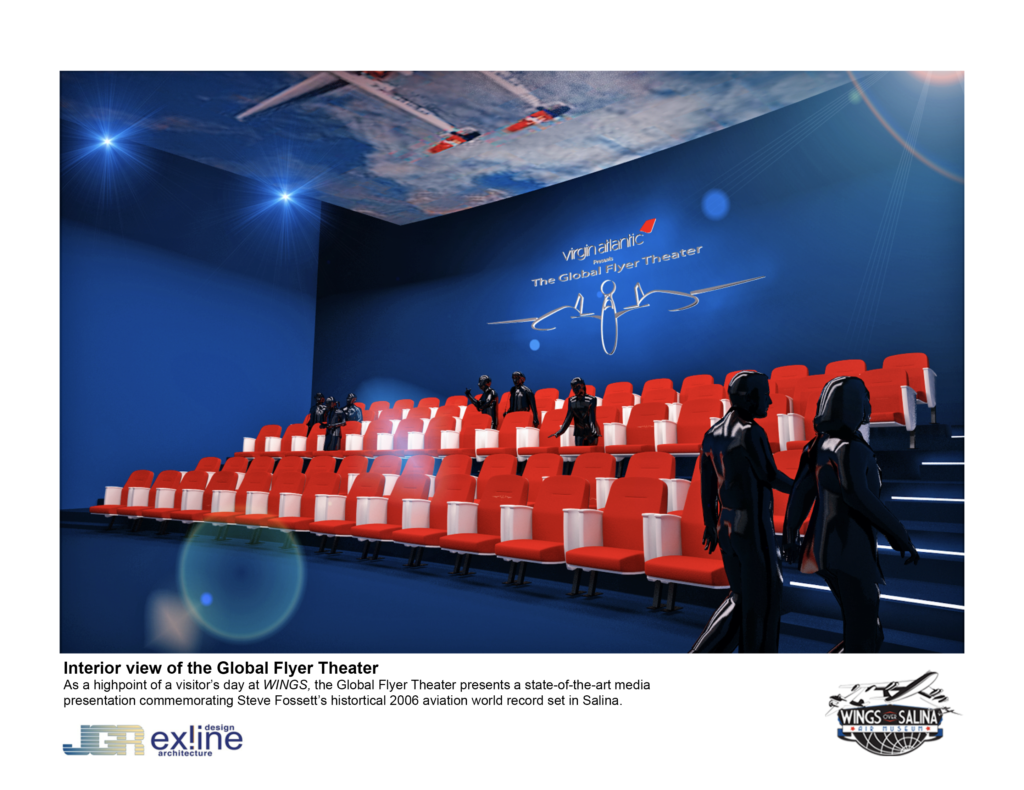 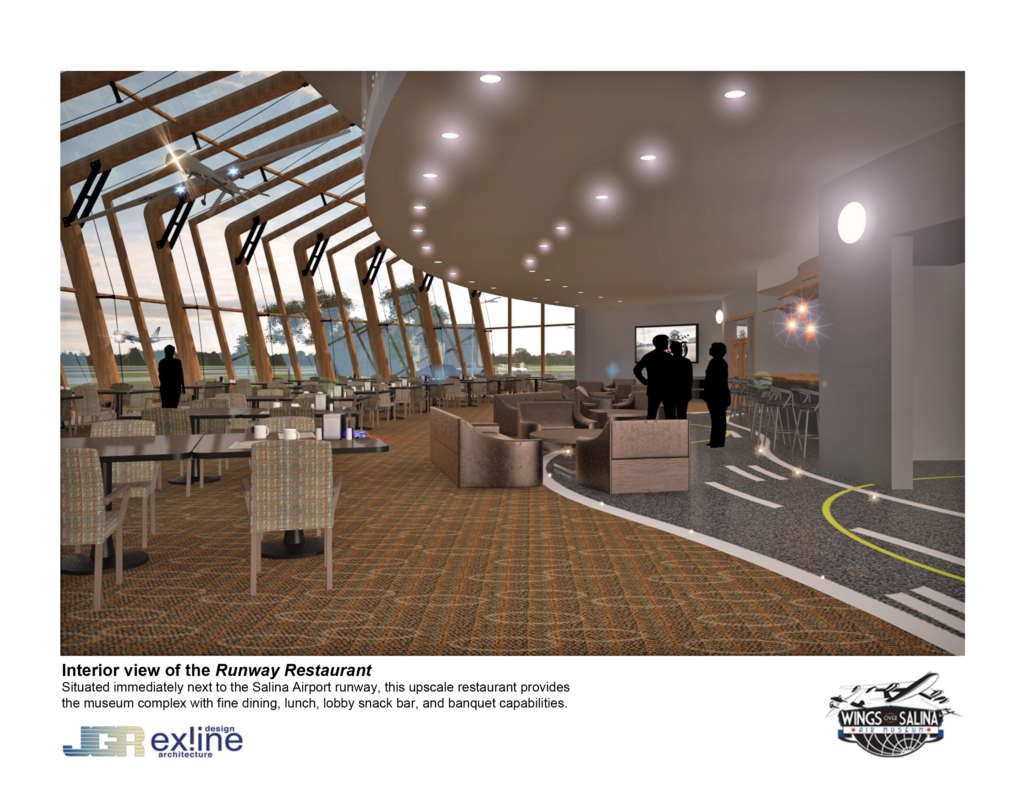 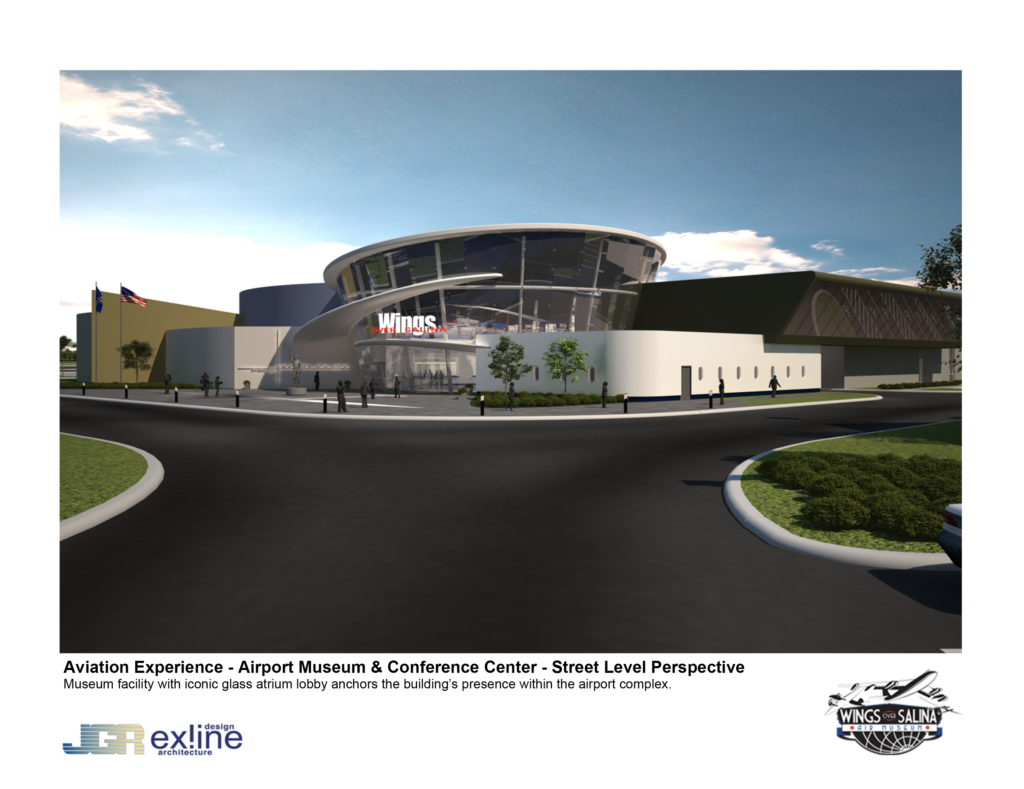 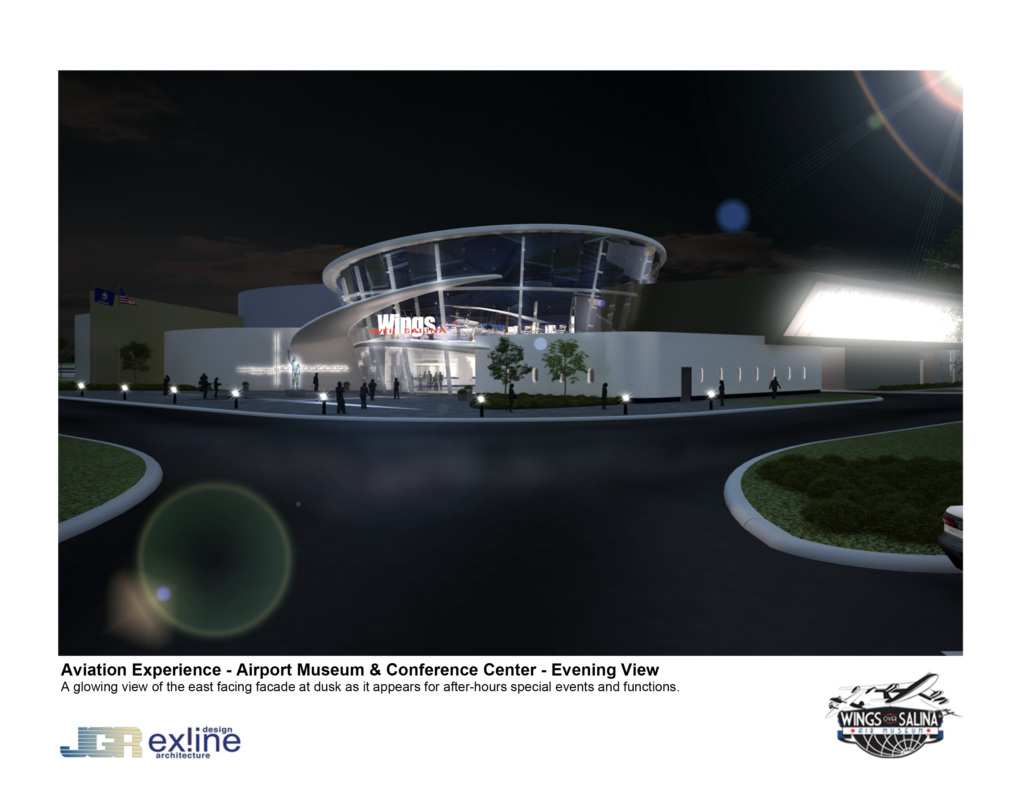 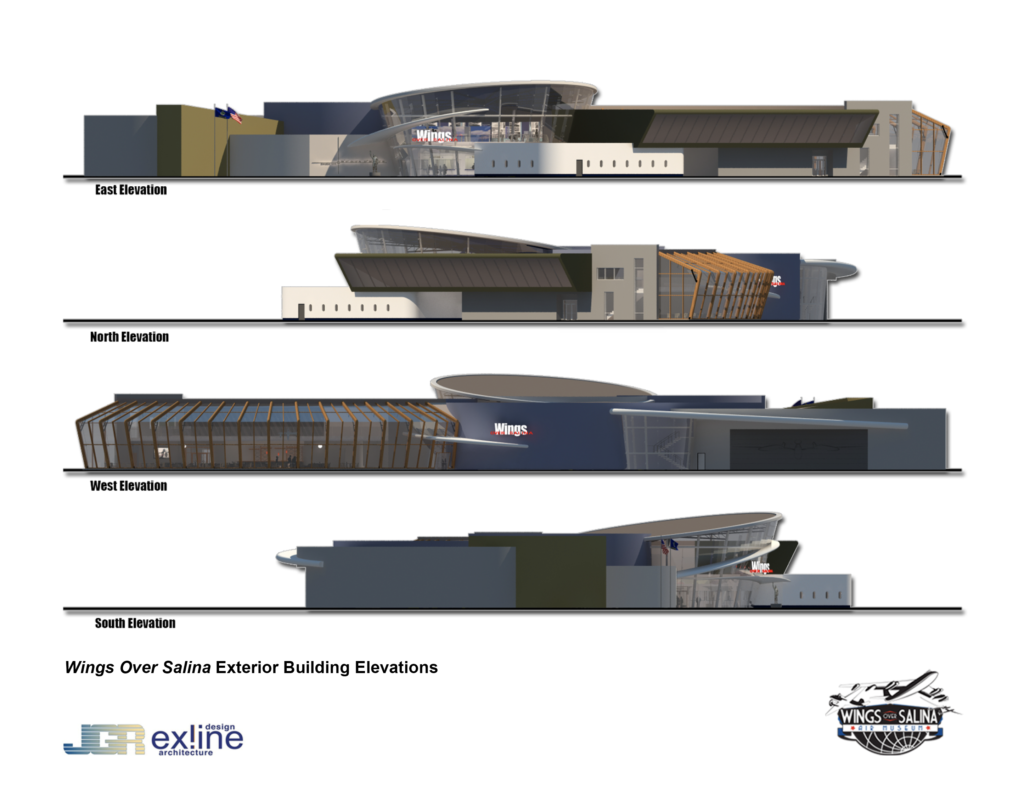 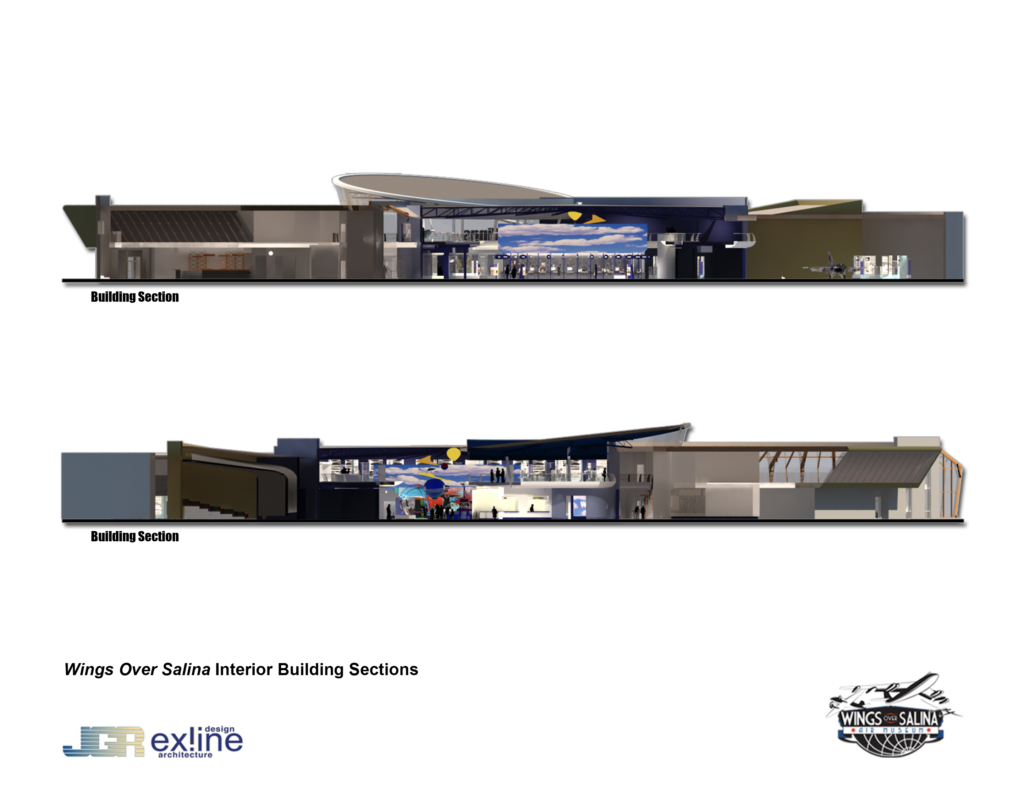 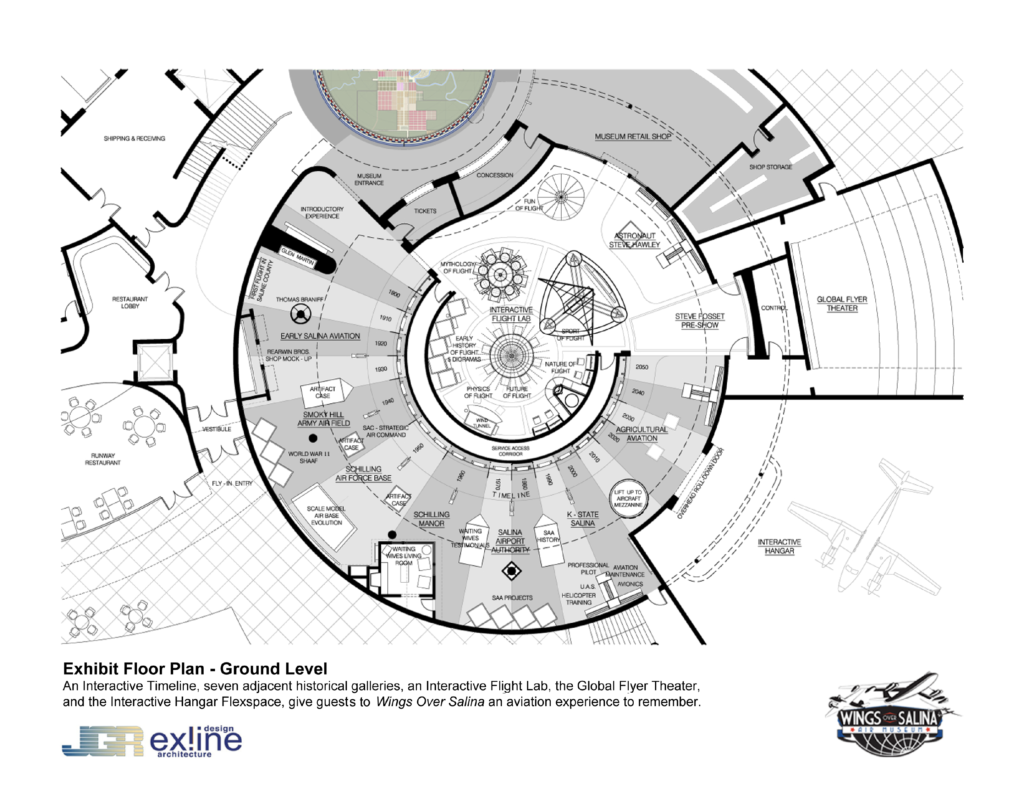 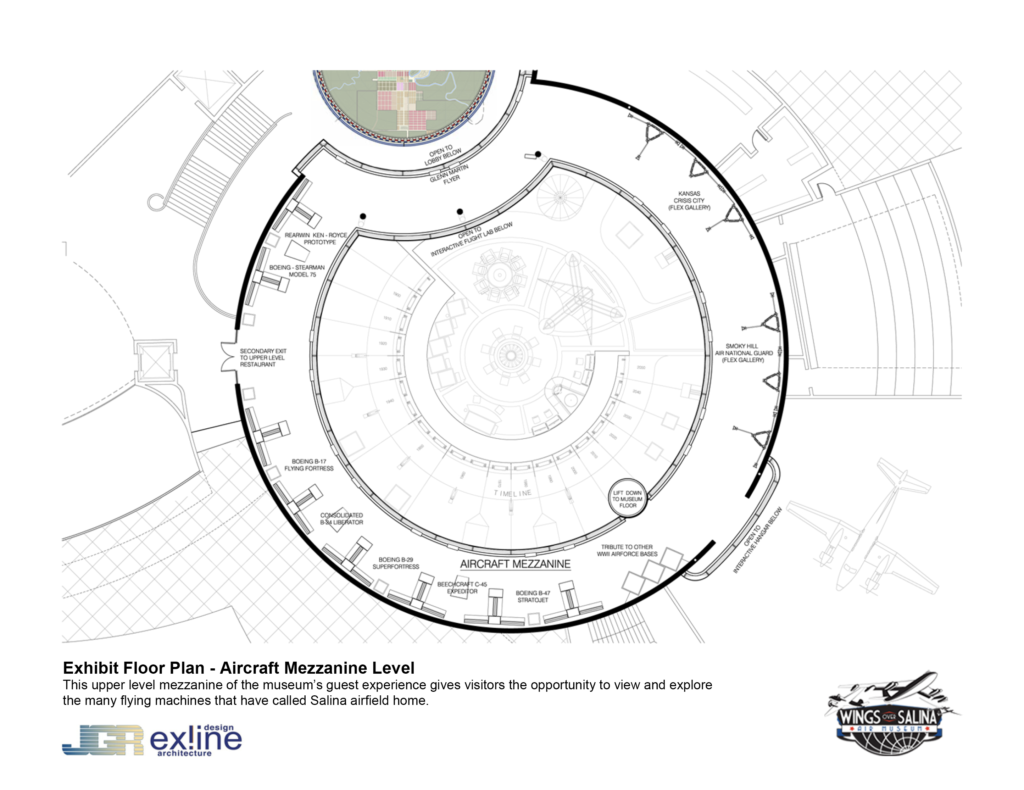 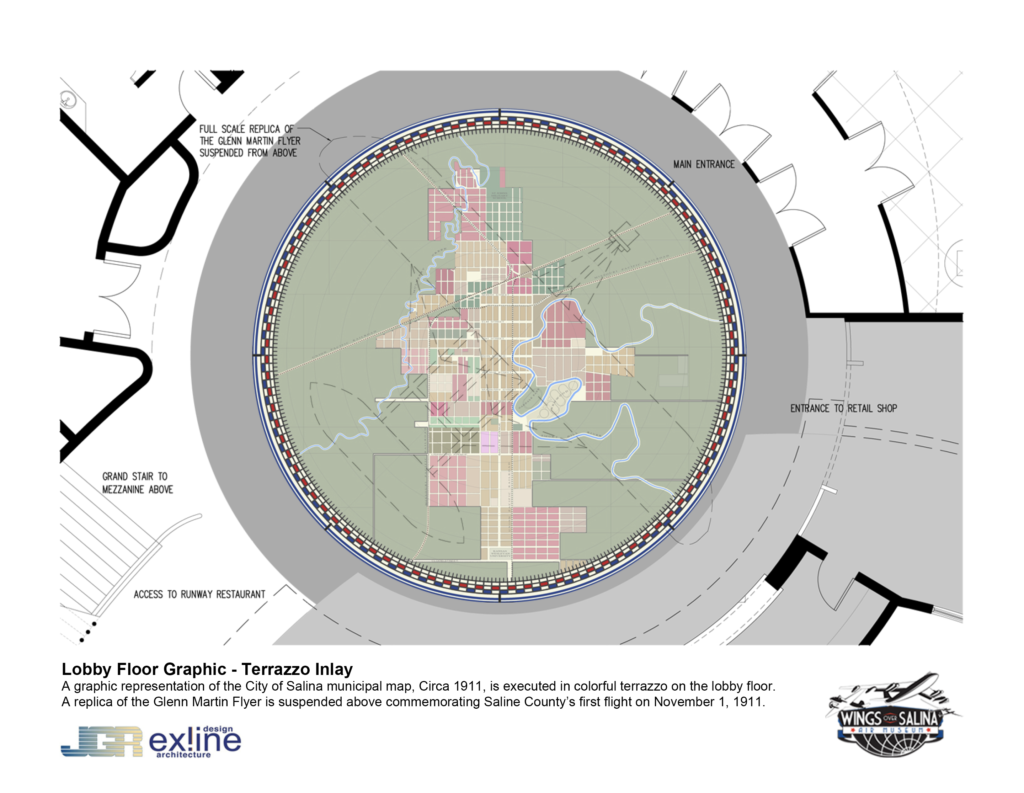