Exline Design & Architecture (EDA) was pleased to work closely with SODEXO, an international and large scale food service company, in concepting a new student commissary as a major building addition to the existing student union located in the heart of the university's historic campus.  Taking aesthetic cues from the surrounding buildings, EDA collaborated with SODEXO in the development of an architectural concept that blended the existing student union with a fresh and upbeat warehouse-like styling that would appeal to the young-adult student body. The two-story structure featured exposed metal trusses and masonry walls that were integrated with large expanses of glass that offered views to the tropical Floridian landscape beyond.  The floor plan featured multiple food stations with a variety of choices from health-based options to ethnic foods as well as standard sandwich fare.  The highlight of the food court was an open wood-fire grill located in the very center of the building, offering fresh barbecued meats and vegetables as a tasty alternative to standard university commissary options. 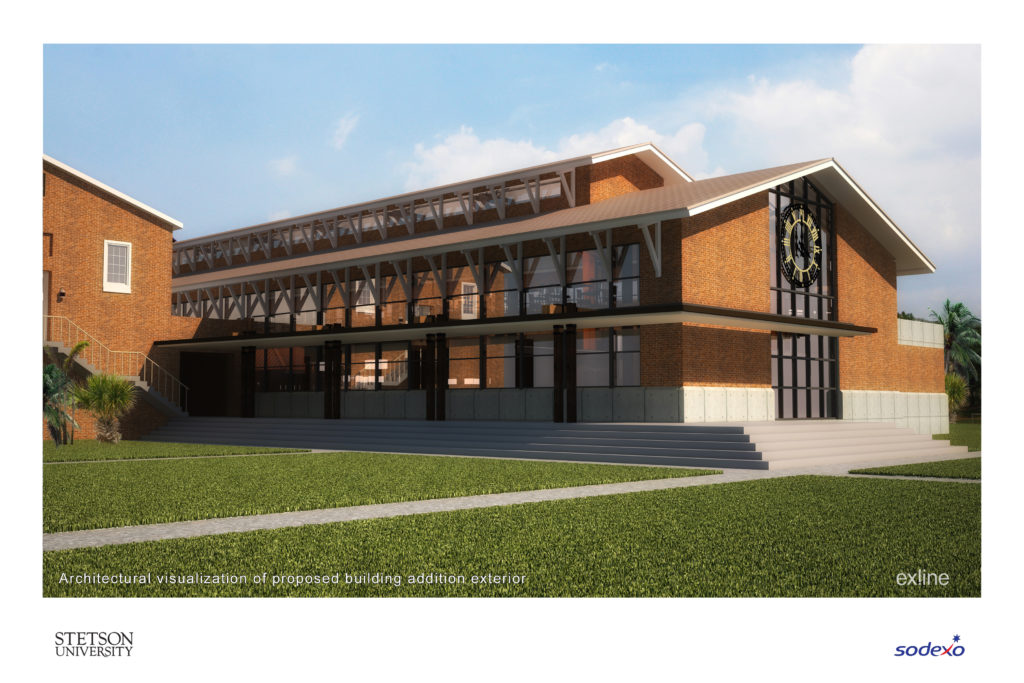 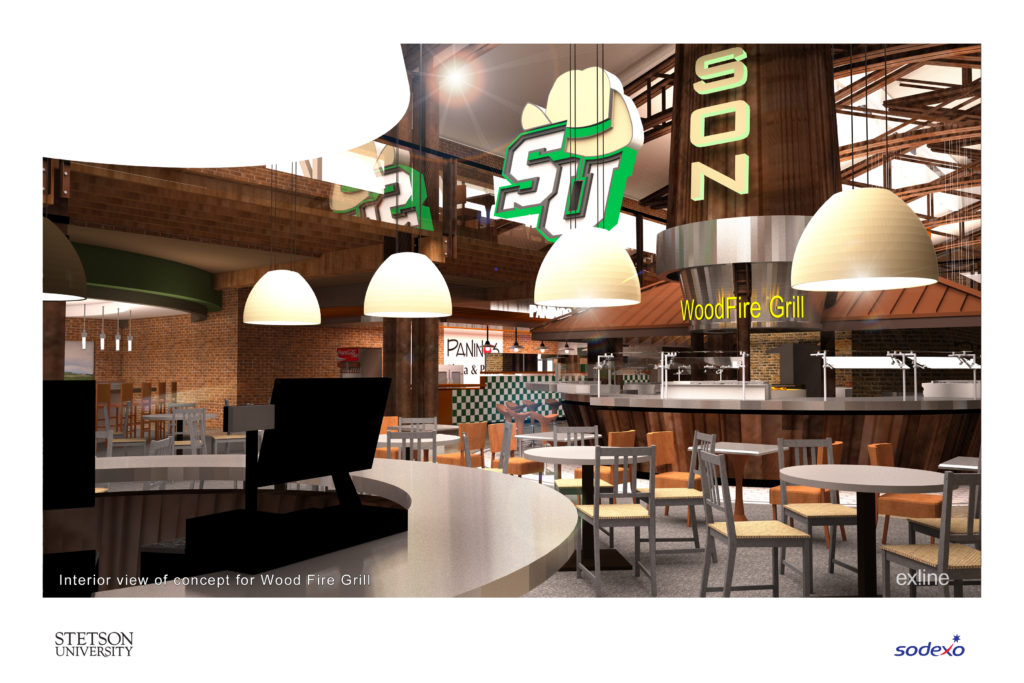 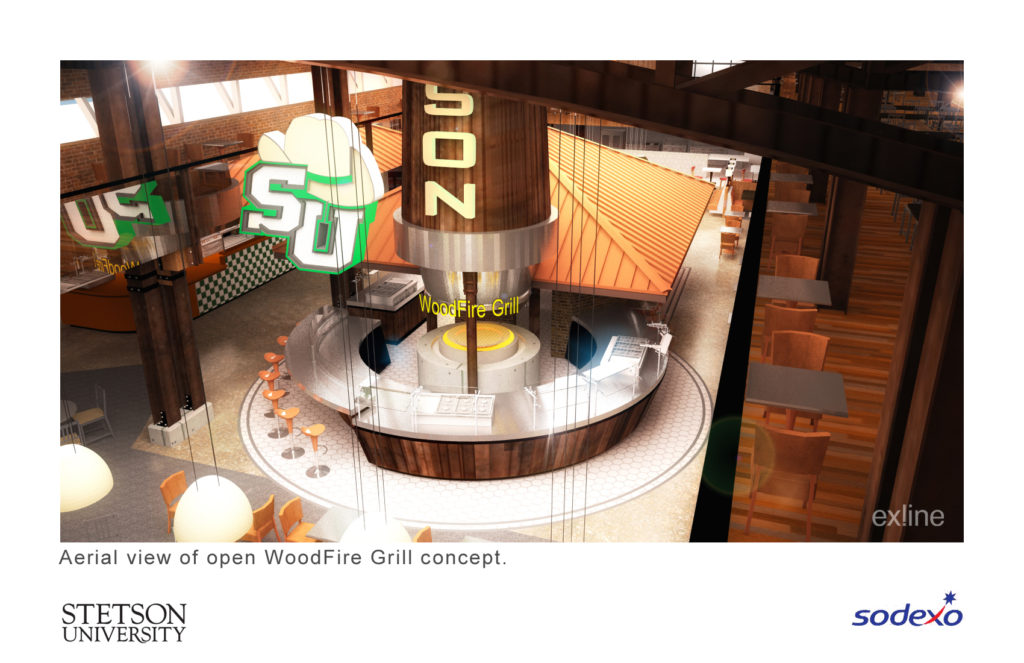 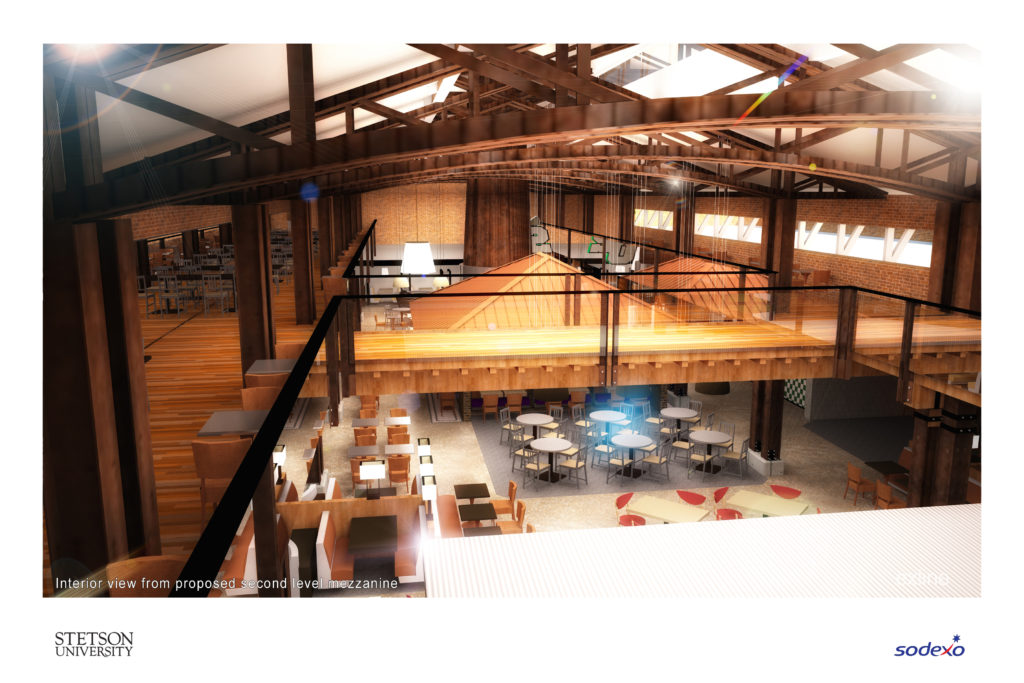 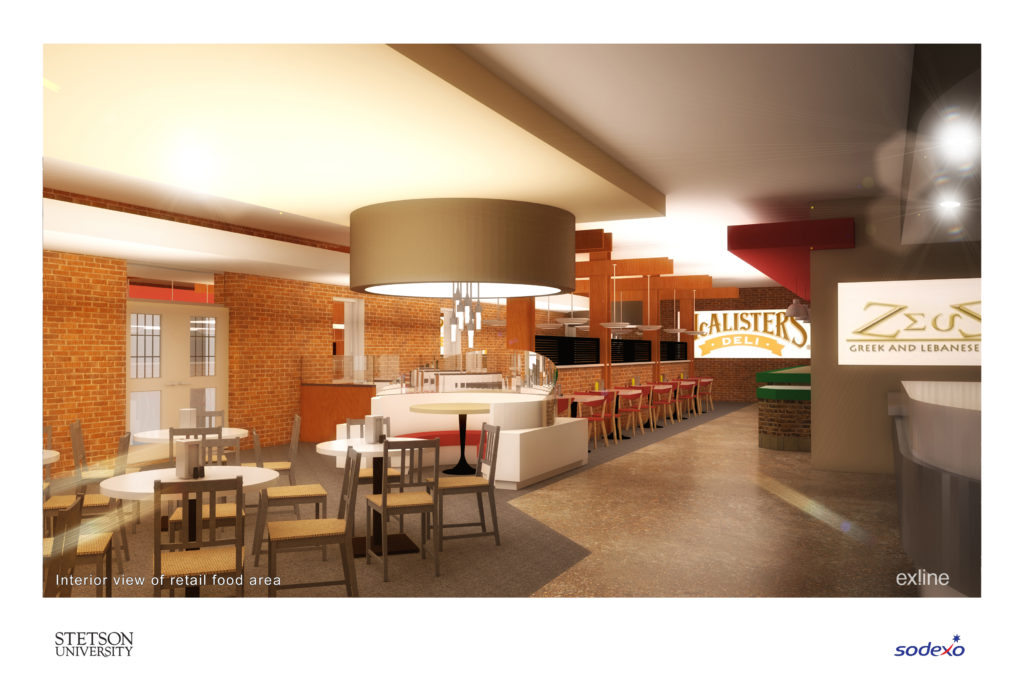 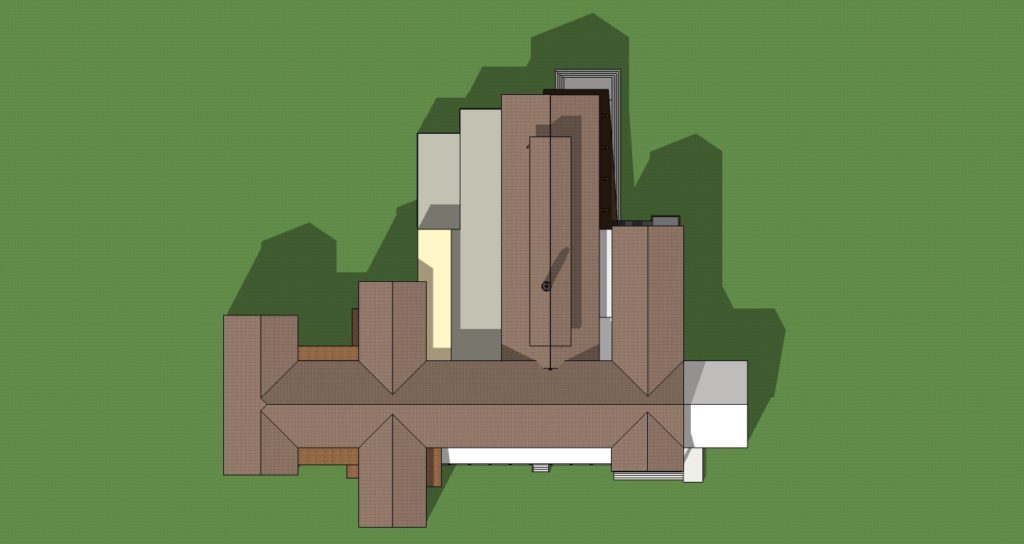 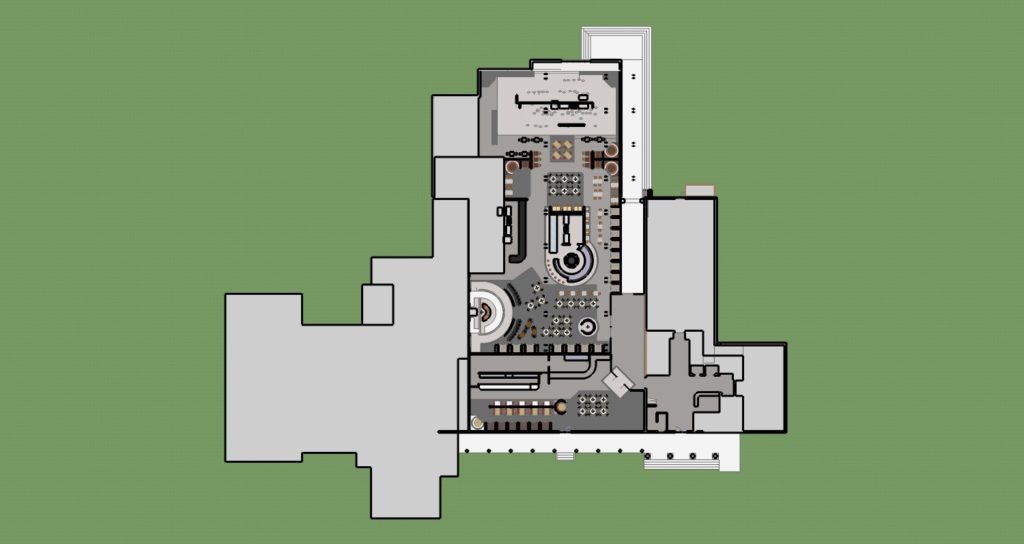 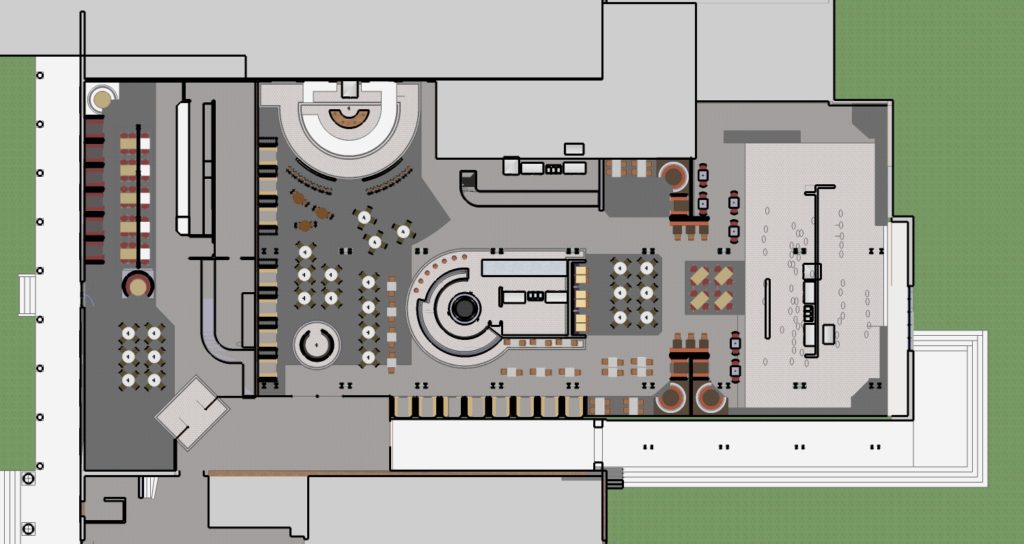 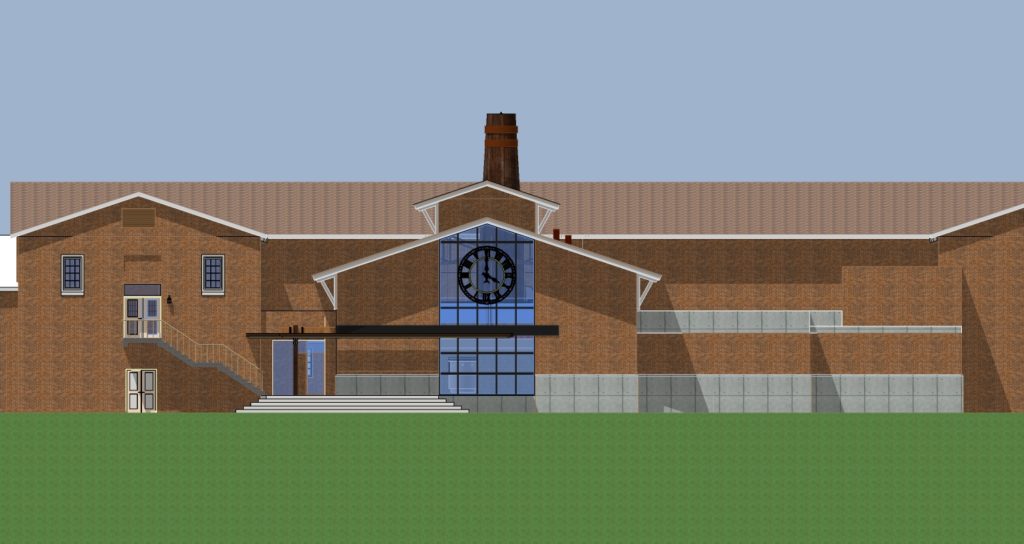 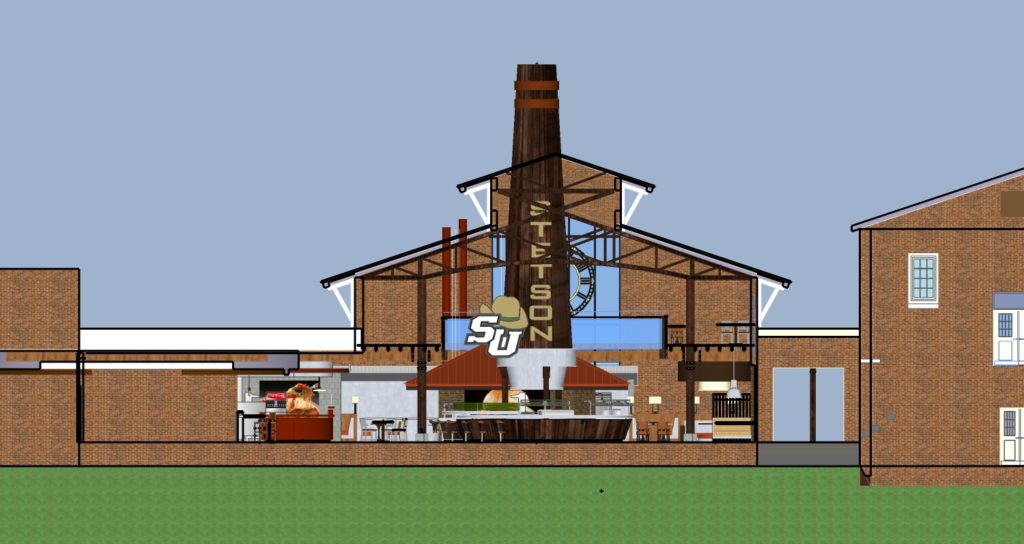 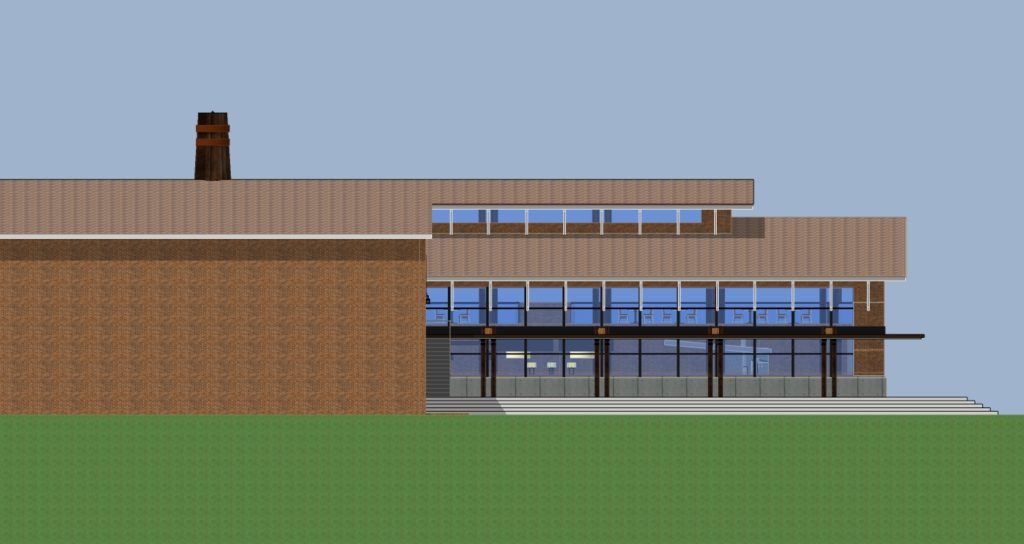 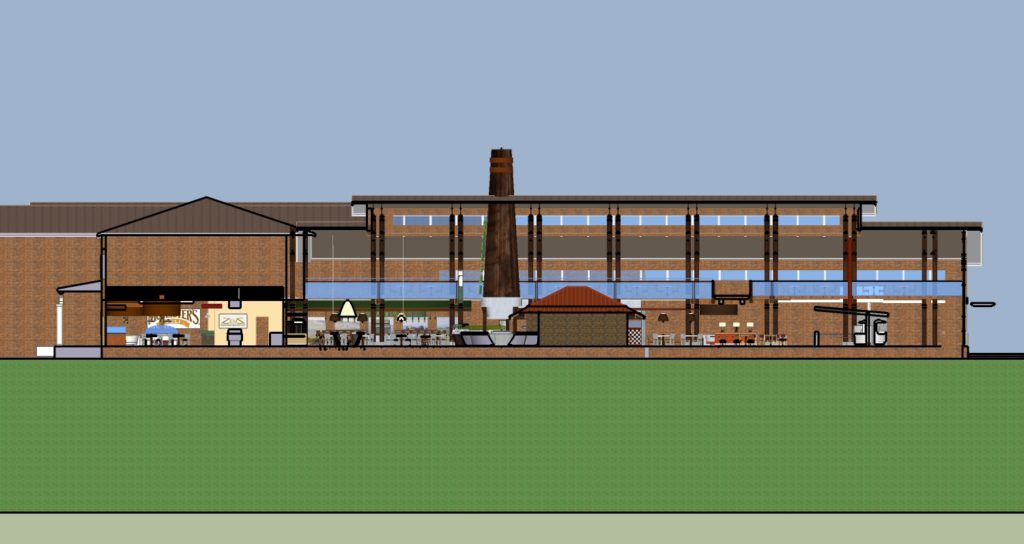