In the smaller communities that dot the heartland of America, large concrete grain elevators are often seen towering over the rolling agricultural landscape.  Many of these structures are now obsolete and falling into ill-repair, leaving community leaders with the question, "How might these large buildings be repurposed"?  In an effort to address this concern, visionary developer Mr. Robert Brown contracted Exline Design & Architecture (EDA), and Munson Studios, to explore a conceptual approach for an ambitious adaptive reuse project.  Could these towering structures be converted into a mixed-use project including multiple levels of housing?  EXLINE & MUNSON generated this creative vision for what such an enterprising project might ultimately become.

The team worked together to envision a handsome restoration and renovation of the historic HD Lee Flour Mill and Grain-Storage facility in Salina, Kansas.  With a keen awareness of the surrounding community, the design carefully maintained the building's original aesthetic appeal. The scheme went on to incorporate rustic utilitarian materials in new and innovative ways. The team contemplated boutique retail shops organized around a four-story central atrium in the lap-sided mill portion of the facility.  The elevator/storage portion of the structure was then conceived as seven-stories of condominium residential units, with a roof-top restaurant, lounge, and health spa.  The concept was well received by the community, and project developers are currently working to raise seed capital to take the project forward. 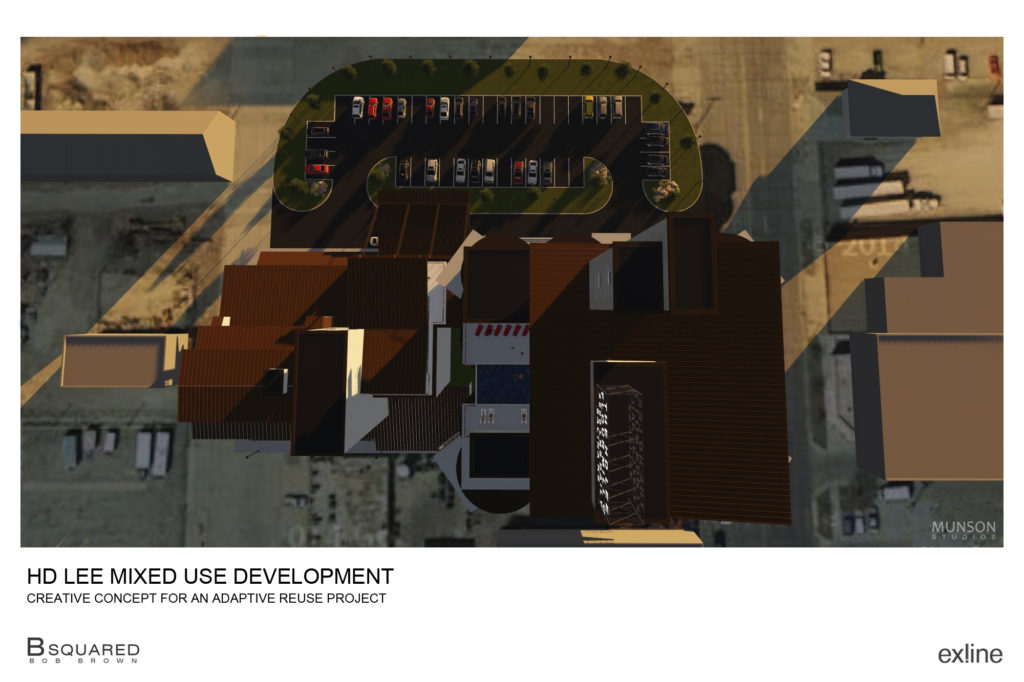 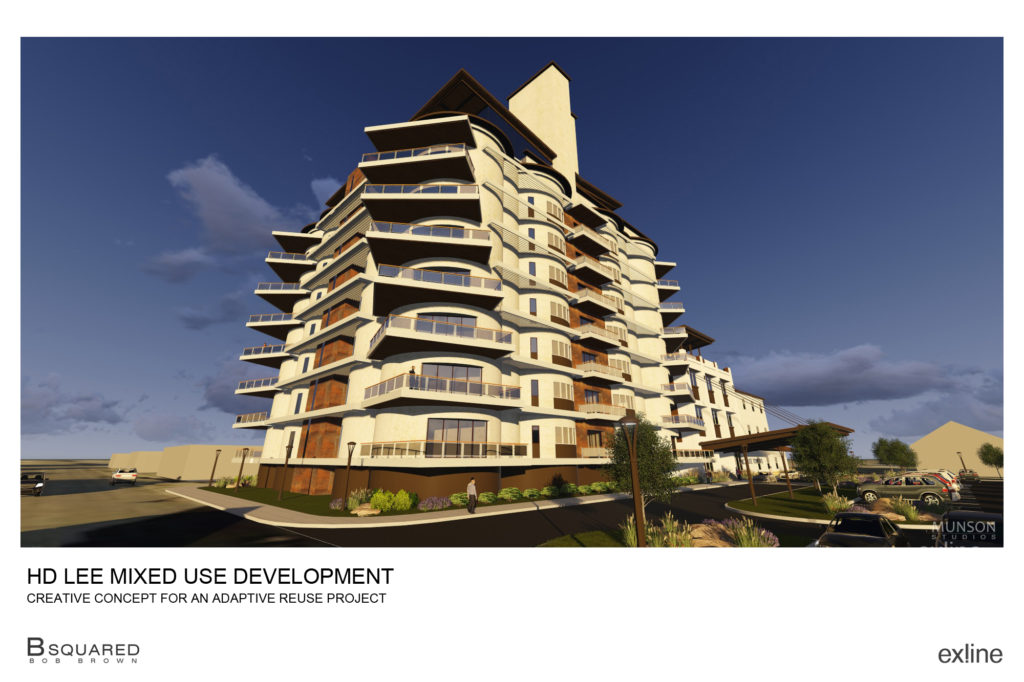 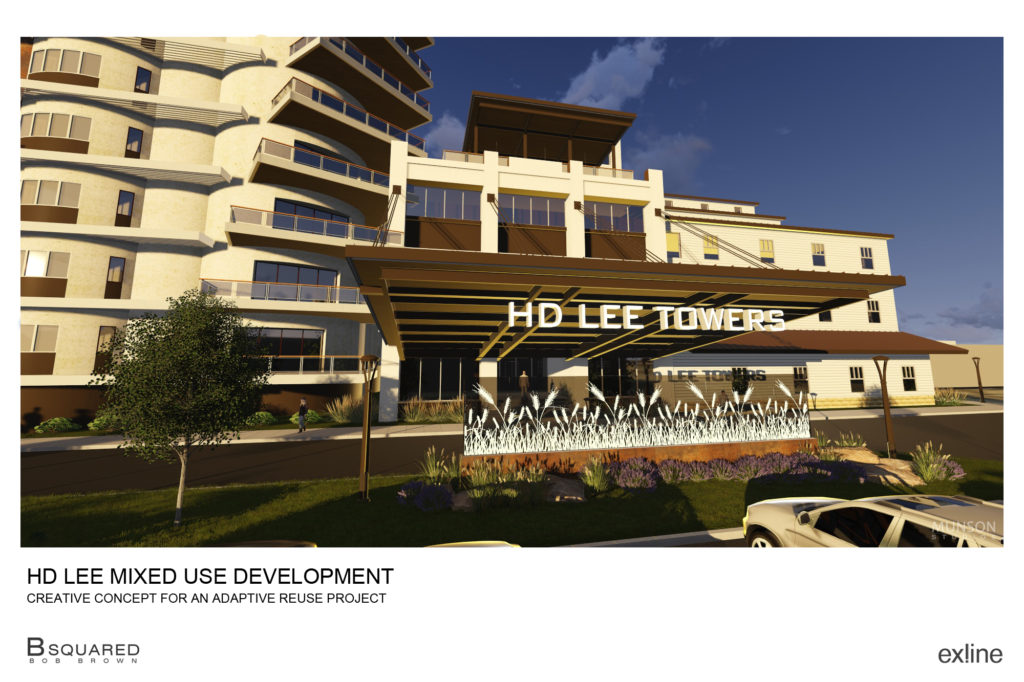 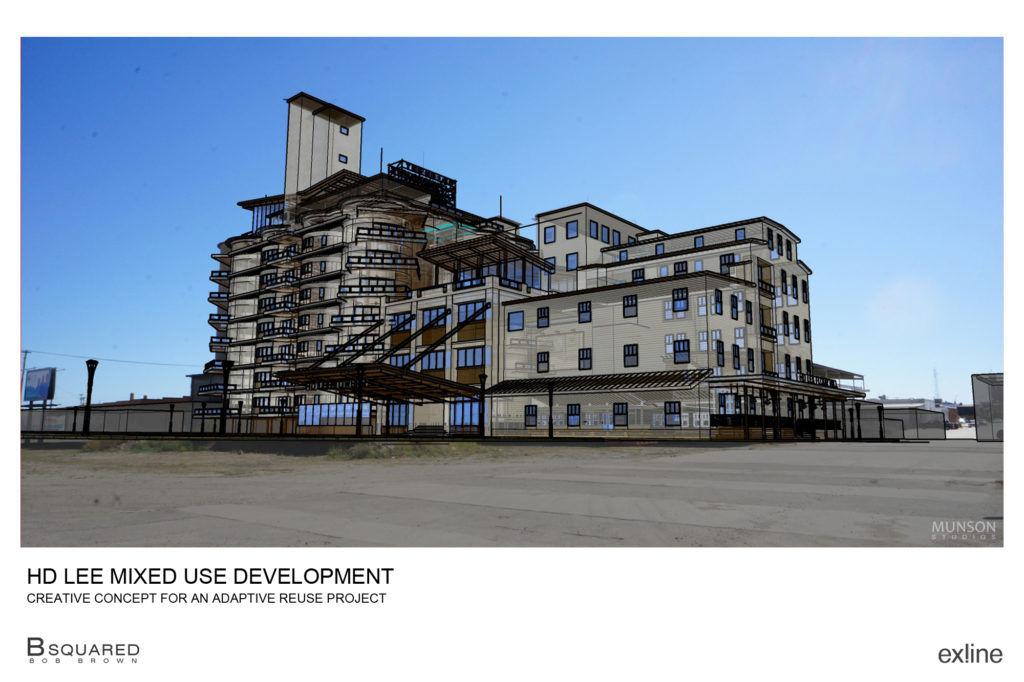 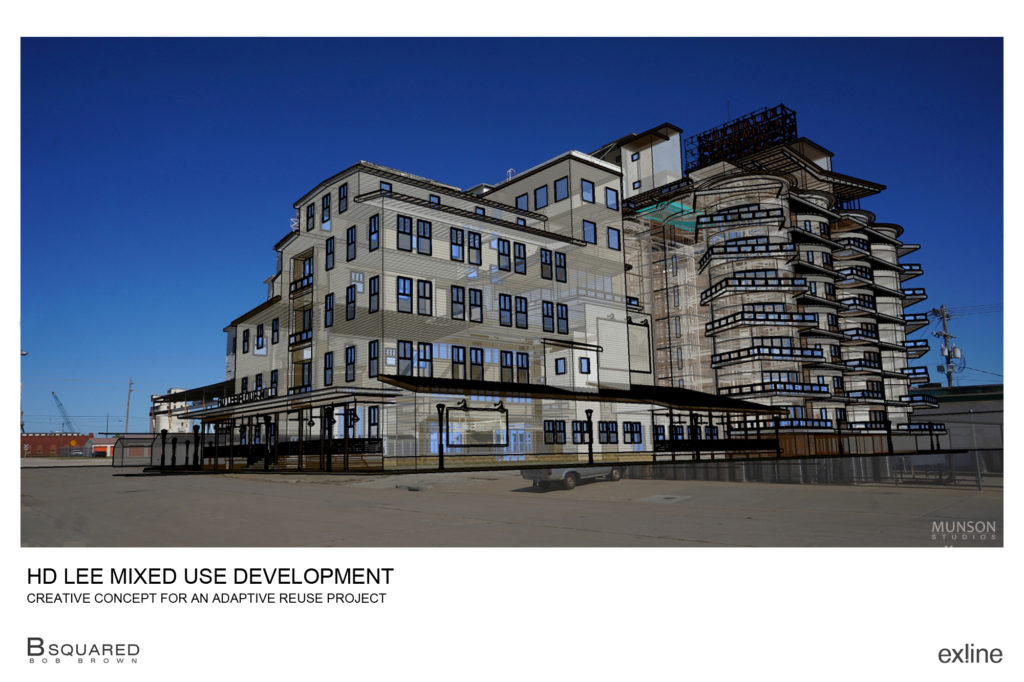 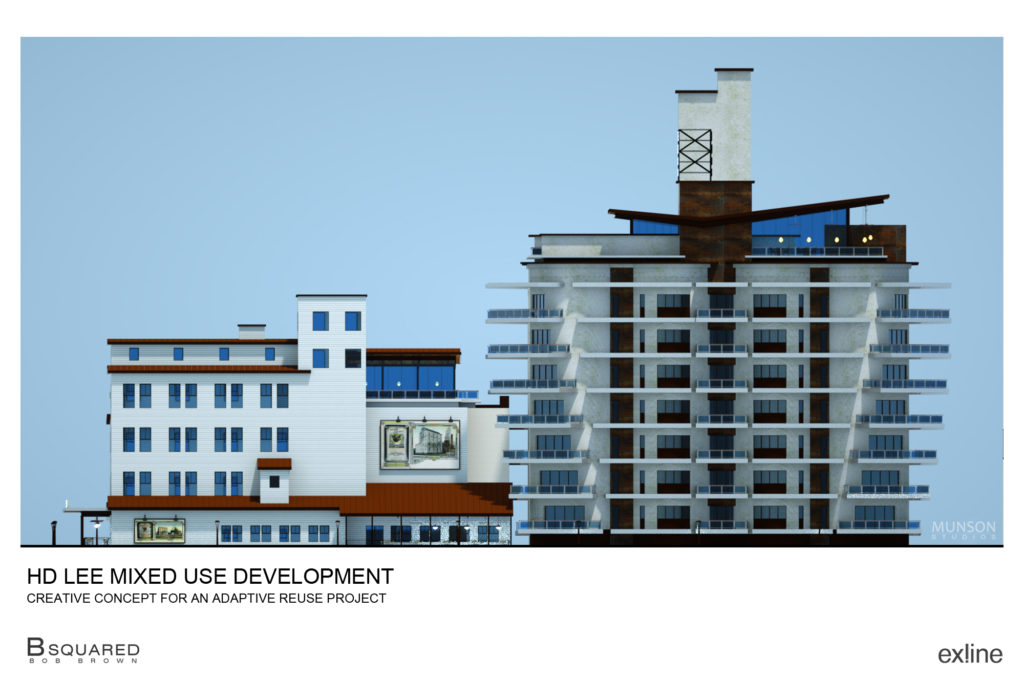 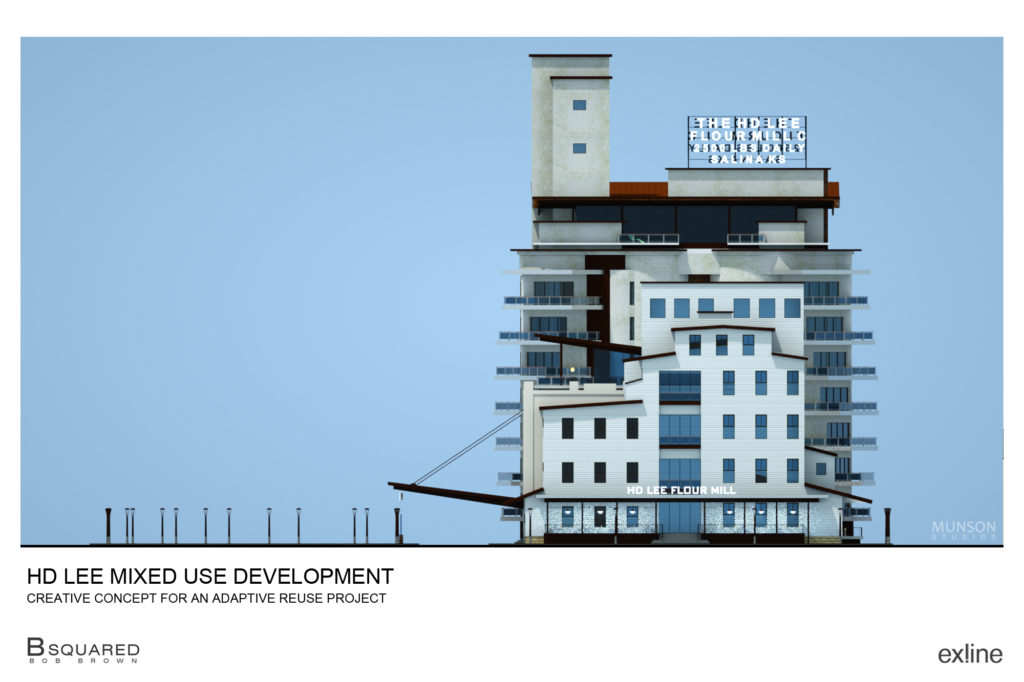 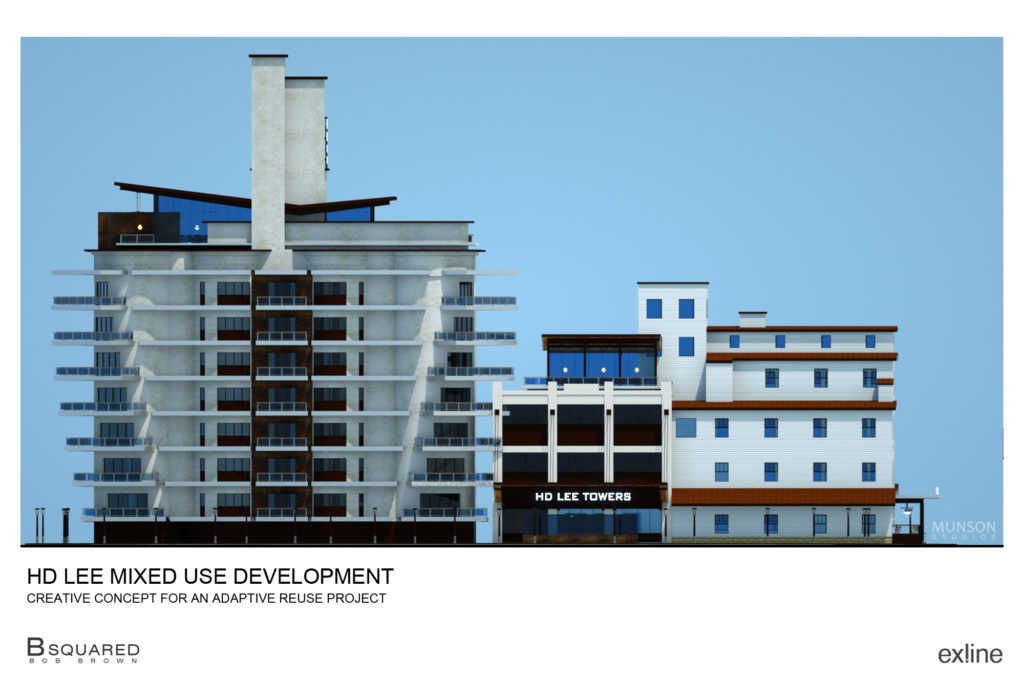 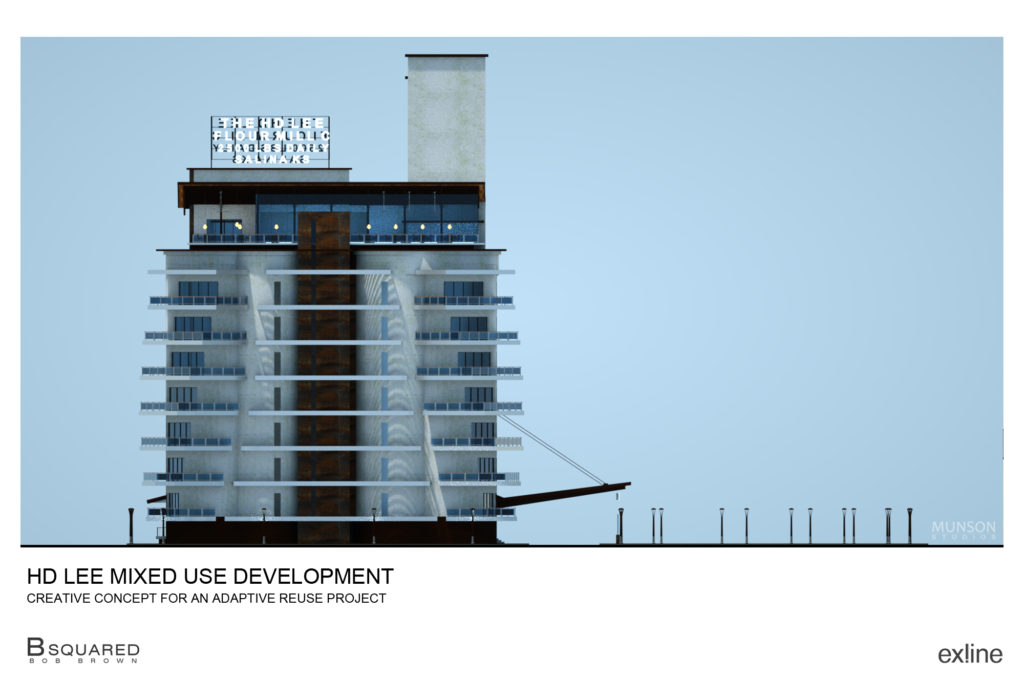 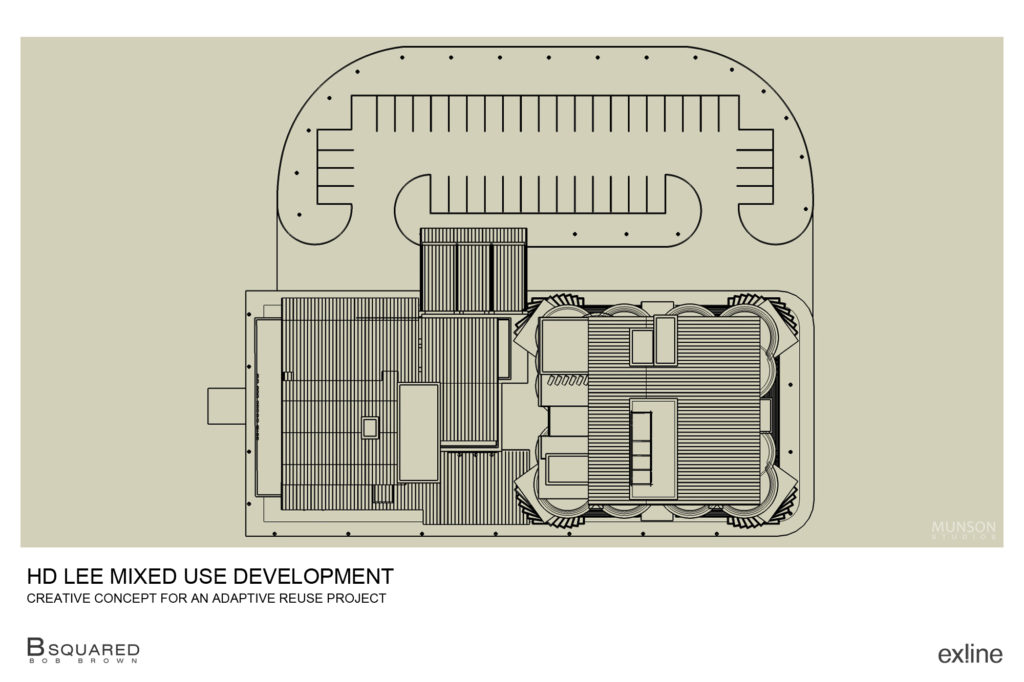